Kentucky Health News graphic; click on it to enlarge
—–

By Melissa Patrick
Kentucky Health NewsThe percentage of Kentuckians testing positive for the novel coronavirus dropped below 6 percent for the first time since Oct. 27, to 5.9%, Gov. Andy Beshear announced Wednesday.

Beshear often notes that the positive-test rate is a leading indicator of the pandemic, so going forward the hope is that as this rate drops, fewer people will get the virus and fewer will die from it.
The state announced 1,306 new virus cases Wednesday, pushing the total to 400,307 and bringing the seven-day rolling average to 1,229, up for the second day in a row. Beshear said in a video that this week’s numbers are “on par” with last week’s.
Kentucky’s rate of new cases over the last seven days is ninth in the nation, according to The New York Times. The state reports that its seven-day infection rate averages 24.4 per 100,000 people. Counties with rates more than double that rate are Russell, 50.2 per 100,000; Taylor, 54.3; Laurel, 55.0; and Caldwell, 61.6.
The tough news today, said Beshear, is that 51 more Kentuckians have died from Covid-19, tying for the seventh highest day for Covid-related deaths since the pandemic came to Kentucky last March. That brings the state’s death toll to 4,527.
Deaths are listed after they go through a review process to confirm that they were related to the virus, so they are not reported not on the day or week that they occurred.
Today’s spike in deaths raises the seven-day death average to 27.3, up from 22.6. The 14-day death average remained stable at 25.1, up from 25 yesterday.
“Let’s remember that this virus is still very serious,” Beshear said. “It’s still taking so many people around us and we have to mask up, we have to protect one another.”
The state’s daily vaccination report shows 611,550 Kentuckians have received a first dose.  The state has 152,710 first doses to distribute this week, which includes not only this week’s allotment, but about 64,000 doses from last week that were delayed by the ice storms.
“We are getting these vaccines out faster than the federal government can provide them, so there’s a lot of hope moving into the future,” Gov. Beshear said on a YouTube post. “We are going to defeat this virus this year, but until then, we’ve got to protect each other.”
The nation is getting very close to having a third vaccine. A U.S. Food and Drug Administration review of Johnson and Johnson’s single-dose coronavirus vaccine, released Wednesday, said it is safe and effective and has met the requirements for emergency use, CNN reports. The vaccine now moves to an external committee that is set to meet Friday for a final recommendation. That could release 3 to 4 million doses next week, the White House said.
Kentucky hospitals’ Covid-19 numbers remained stable, with 883 patients (11 fewer than yesterday); 228 in intensive care (down 14); and 112 of those on a ventilator (down 9).

Two of the state’s 10 hospital readiness regions are using more than 80% of their intensive-care beds: Lake Cumberland, 97.8%, and the easternmost region, from Lee to Pike counties, 83.1%.

In other pandemic news Wednesday: 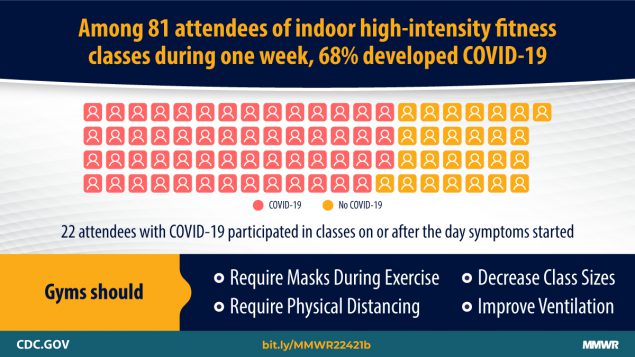 Previous ArticleHealth bills dealing with insulin cost, substance-use disorder and long-term-care staffing pass legislative chambers Tuesday
Next ArticleDoctors tell patients to ‘take their exercise pills’ because physical activity is good for your mind, not just for your body