The University of Kentucky has been awarded a five year, $11 million grant to work toward reducing the rates of cervical cancer in Eastern Kentucky, a region that has some of the highest rates of incidence and deaths from it in the nation.

The research will address three of the risk factors that contribute to these high rates — smoking, the human papillomavirus (HPV) and low rates of cervical-cancer screenings among women in the region, according to the news release.

The first project in the program will work to reduce smoking among women in rural communities through various interventions, including strategies to help women who are not quite ready to quit, the lead investigator of this project told Alex Acquisto of the Lexington Herald-Leader.

“Instead of ignoring the smokers who are not ready to quit today, we’re going to work with them anyway,” said Jessica Burris, an assistant professor of psychology and a member of UK’s Markey Cancer Prevention Control Program.

Eastern Kentucky has some of the highest rates of smoking in the nation, which contributes to its likewise high rates of cervical cancer. Smoking not only causes cancer almost anywhere in the body, it can also block your body from fighting it once you have it, says the federal Centers for Disease Control and Prevention. And women who smoke are about twice as likely as non-smokers to get cervical cancer, according to the American Cancer Society.

Mark Dignan, professor in the UK College of Medicine and co-leader of the Markey Cancer Prevention and Control Program, will lead two projects that focus on the human papillomavirus, or HPV, which the CDC attributes to 90 percent of all cervical cancers. 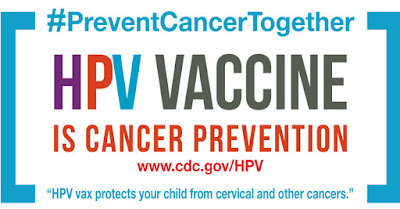 “We really shouldn’t have cervical cancer,” Dignan told Acquisto. “We know what causes it, we can detect it, and we can treat it.” It is the only cancer for which there is a vaccine, but Kentucky’s children are among the least vaccinated for HPV, one of the most common sexually transmitted diseases.

The grant will fund a project to improve HPV vaccination rates among people between 11 and 26. The other will mail HPV self-testing kits to women in the region who are not being screened for cervical cancer or are “underscreened.”

In addition to cervical cancer, HPV can also cause cancers in the vagina, vulva, penis, anus, rectum and the back of the tongue and throat. Among these cancers caused by HPV, more than 90% could be prevented by the vaccine, according to the CDC.

Burris and Dignan told Acquisto that they expect around 70,000 Kentuckians to be impacted by their project, which is scheduled to start in a couple of months.

The project is funded by the National Cancer Institute and involves a collaboration by the Markey center with Ohio State University, the University of Virginia and West Virginia University. It will involve 10 health systems in Appalachia, including two in Kentucky: Big Sandy Health Care, which operates seven clinics in Eastern Kentucky, and Juniper Health, which has locations in Wolfe, Lee, Breathitt and Morgan counties.