Only 24 of Kentucky’s 172 school districts, or 14 percent, have not passed a tobacco-free policy that mirrors a new state law that will take effect next July 1, according to the Foundation for a Healthy Kentucky, which says more districts are expected to enact the policy soon.

The law gives districts the ability to opt out of the law during its first three years, but it seems to have prompted them to opt in. Half of the districts with the policy have enacted it since Gov. Matt Bevin signed the law April 9, the foundation’s Bonnie Hackbarth said. When it was signed, only 74 of the state’s 172 school districts, or 42 percent, were fully tobacco-free.

Many of the adopters since Aug. 9 were in a swath of counties in the Pennyroyal regions of Southern Kentucky, from Taylor and Cumberland in the east to Lyon in the west; tobacco production remains common in the region, and there is a smokeless tobacco plant in Hopkinsville, the seat of Christian County, which has not adopted the policy. Here are maps showing the increase since April: 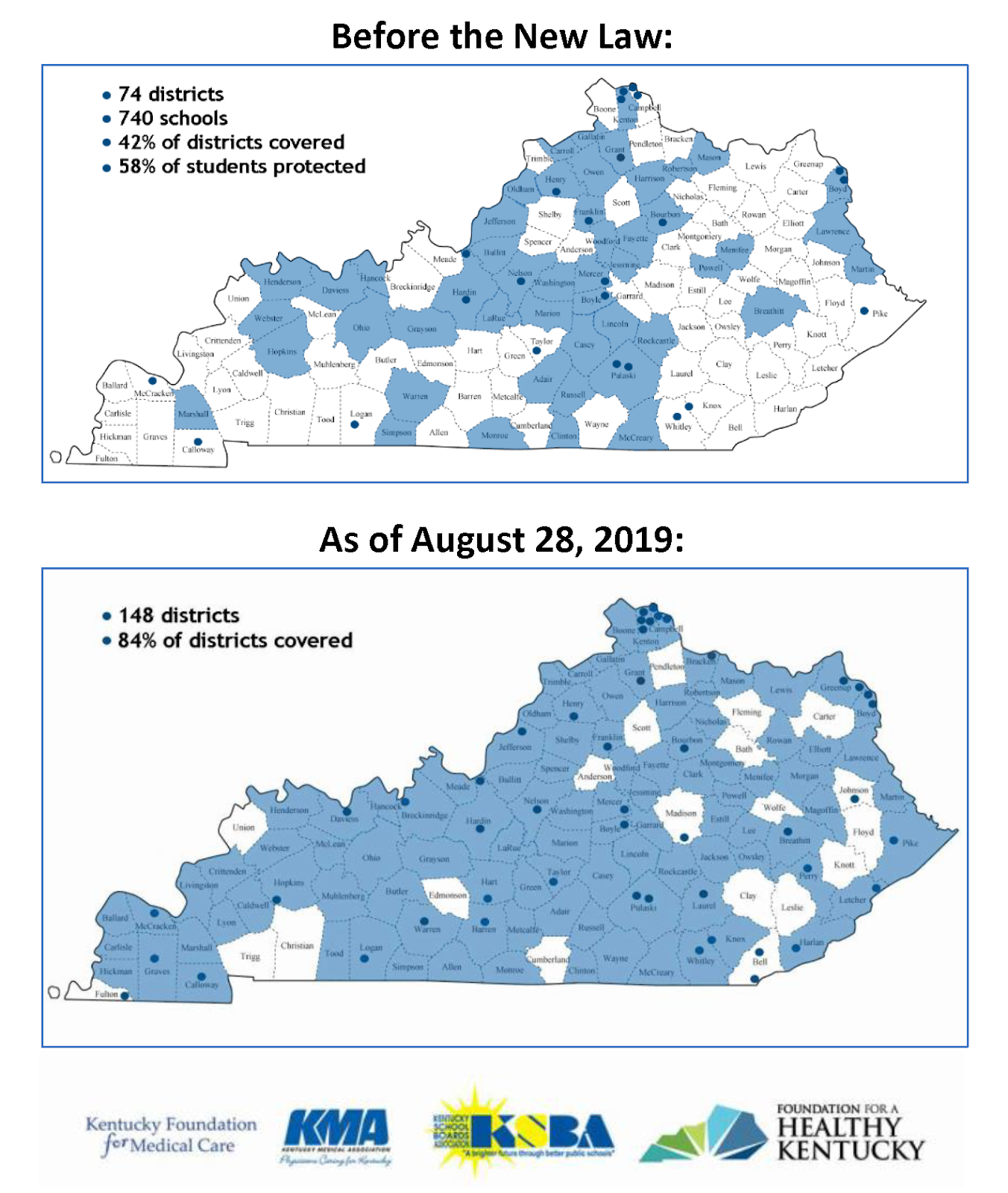