In the last week of February, Kentucky reported fewer new cases of influenza and fewer deaths from it than it did the week before.

The latest weekly report from the state Department for Public Health shows that in the week ending Feb. 29, Kentucky counted 1,591 new cases, down from 1,943 new cases the previous week. Five flu deaths were reported in the state, down from 14 the previous week and 16 the week before that. During the flu season, the state has reported 22,591 cases of flu and 85 deaths, four of children.

The actual number of cases is higher, because not all flu cases are counted; flu does not have to be reported, and three counties did not contribute to the last report.

Nationwide, the Centers for Disease Control and Prevention estimates that so far this season, at least 34 million people have had the flu, causing 350,000 hospitalizations and 20,000 deaths. Of those, 136 were children.

Measures to protect yourself from the flu could also provide limited protection from covid-19, the respiratory disease caused by the new coronavirus, for which there is no vaccine. They are: 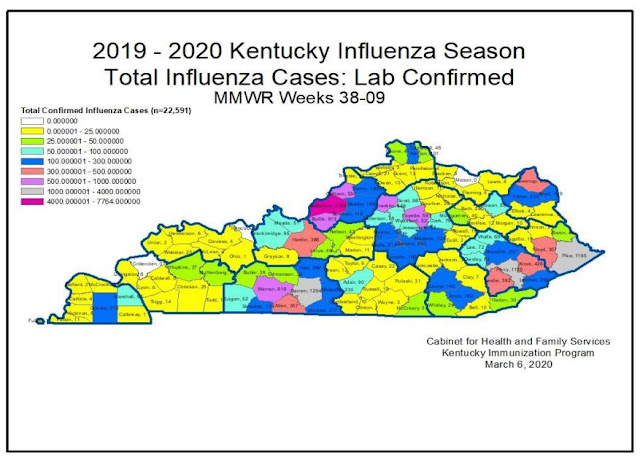