With more than 1,000 new coronavirus cases reported two days in a row and the highest number of covid-19 deaths of any month, Gov. Andy Beshear said the numbers should be a “wake-up call” to every Kentuckian to help him get the numbers down.

“The covid report is just too high, two days over one thousand,” Beshear said at his daily briefing. “This is not where we ever wanted to be in Kentucky. So I need your help. I need your help. . . . Our kids are counting on us to get back to school, our economy is counting on us to make sure we can continue to rebound, but it’s up to us and we have got to get this done.”

He spoke to the need for everyone to wear a mask, saying there have been reports of fewer masks being worn in supermarkets, putting critical front-line workers at risk. He asked retailers to not serve people who don’t wear masks in their businesses. “Remember, for retailers, no shirt, no shoes, no mask, no service.” And he reminded Kentuckians to keep their social gatherings to 10 or fewer people and to wear a mask if entertaining indoors and to stay six feet apart, indoors or out.

Beshear reported 1,004 new cases of the coronavirus on Wednesday after reporting 1,018 Tuesday, which was the second highest number to date. The state’s seven-day rolling average was 797 cases, by far the highest yet.

Beshear said this week’s numbers put the state on track to exceed last week’s case numbers, which at 4,949 was the state’s highest week of cases yet, and that the state is in an escalation.

About the only good coronavirus news of the day is that the share of Kentuckians testing positive for the virus in the past seven days was 4.07%.

“We have to be more vigilant,” Beshear said, adding later, “We have to continue to be committed to doing the things that are going to stop that escalation and a lot of that are just things that we have been talking about day after day.”

Beshear is asked regularly, again today, what it would take for him to take new steps to deal with the escalating number of cases. He said the caseload and positive-test rate are important to watch, but not yet so high that new measures are needed, and the guidelines and rules already issued should be enough to bring the case level down, if only people would follow them.

The governor noted steps he has not taken, such as opening bars and restaurants to full capacity, which some states have recently done. One is Indiana, which he didn’t mention.

“At a time when they still have more cases than we do and their positivity rate is higher, they are removing almost any and all of the rules that are out there to help us,” he said. “You know at some point, we’ve got to make value decisions, you know, do we value having 100 percent capacity in certain places? Or do we value trying to get our kids back into school? And right now those are the value decisions that we’re making.”

“It’s just a mathematical fact” that more cases mean more death, Beshear said, showing a graph that showed increased deaths in months with increased cases. He cautioned that while September has the highest covid-19 death rate yet, “We could very definitely see October’s being higher than that.”

Beshear said 154 of Wednesday’s new cases were Kentuckians 18 or under, and “We continue to see an increase among that age group.”

In other covid-19 news Wednesday: 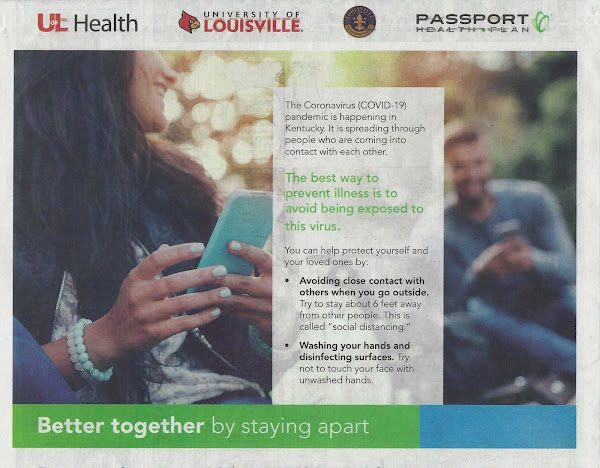