Kentucky Health News map, based on CareSource information. It will offer all of its 12 health-insurance plans in other counties; Anthem will offer at least one of its 13 plans in every county.
—–

Many Kentuckians will have more choices, probably at slightly higher cost, when enrolling for federally subsidized health insurance Nov. 1 through Dec. 15.
Anthem Health Plans and CareSource both expanded their coverage areas, giving 94 of the state’s 120 counties more than one company to choose from. This year, only 56 have two insurers on the healthcare.gov marketplace.

Anthem’s filing summary said its request was driven by increases in the cost of care and an increase in member use, plus an expected increase in cost due to the pandemic, including an expected resurgence of elective procedures that were deferred in 2020. Anthem said it expects the pandemic’s impact on the individual market to increase in 2021 due to uncertain economic conditions and loss of income and group coverage.

CareSource’s filing summary was less certain about the pandemic’s impact, saying it saw “substantial uncertainty” about “whether the pandemic will increase or decrease costs in 2021.”

The state allowed Anthem and other insurers offering plans for small groups under the Patient Protection and Affordable Care Act to raise premiums an average of 9.68%. Individual premiums will vary, depending on whether individuals smoke, how old they are and where they live.

Detailed rate filings are at http://insurance.ky.gov/PPC/Ratefil/default.aspx. 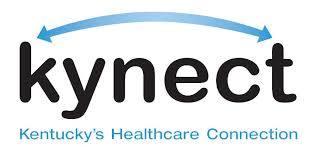 Next year, Kentuckians will apply for their federally subsidized plans on Kynect, a state portal that Gov. Andy Beshear relaunched Oct. 5 as a one-stop shop for health coverage and other benefits. Kynect will replace a state site called Benefind.Kynect was created by Beshear’s father, then-Gov. Steve Beshear, in 2013 under the Affordable Care Act. It was dismantled in 2017 by Republican Gov. Matt Bevin, who served between the Democrats and said the site was too expensive to maintain and was redundant. However, Beshear said the return to the state-based exchange is expected to save Kentuckians about $15 million a year.

Qualified families can also access Supplemental Nutrition Assistance Program benefits (formerly food stamps) and family and child-care assistance programs through the Kynect portal. It will also provide additional resources including support for job training, foster care, elder care and addiction, as well as support for veterans with disabilities, immigrants and refugees, and homeless Kentuckians. It can also connect people with services in their communities.