Kentuckians polled Oct. 7-15 gave Gov. Andy Beshear good grades for handling the coronavirus pandemic and supported the idea of a state law to require wearing of masks in public.

The poll, and released Oct. 21, found that 37 percent of Kentucky adults strongly approved Beshear’s handling of the crisis, with another 28% saying they somewhat approved, for total approval of 66%, with addition of decimals. Beshear’s overall approval rating was 63%.

Though Beshear is the most powerful person in state government, only 53% approved of the overall state-government handling of the pandemic, rating it excellent or good, while 41% rated it fair or poor. That could reflect perception of other statewide constitutional officers, such as Attorney General Daniel Cameron, who has sued to void Beshear’s emergency orders. The poll did not ask opinions of Cameron’s work on the pandemic; only 33% said Beshear’s orders have overstepped the authority state law gives governors. 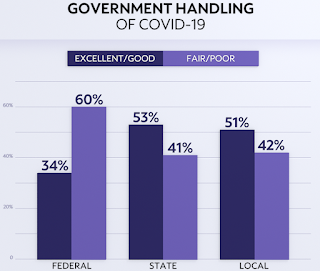 Local governments’ response to the pandemic won approval, 51% to 42%, but only 34% approved the response of the Trump administration, while 60% disapproved. “Republicans were the only group in which at least half gave the federal response a passing grade, with 55% approving,” Spectrum reported.

The poll found that 45% said President Trump’s comments about masks and social distancing had made them less favorable toward him, while 24% said they had improved their favor for him.

Asked if they agreed or disagreed with the statement, “There should be a state law in Kentucky mandating that masks be worn at all times in public,” 60% agreed, 37% strongly; and 33% disagreed, 10% strongly. Republicans were about evenly divided on the idea, while Democrats were strongly in favor of it. Beshear, who issued a mask mandate in July, is a Democrat.

The poll was taken by Ipsos Group for Spectrum Networks, which operates digital information systems, including cable news channels with state newsrooms. It surveyed 1,001 Kentucky adults online and had a margin of error of plus or minus 3.5 percentage points.

Beshear recommended in early August that in-person schooling be delayed until Sept. 28, but left decisions up to local officials. Overall, Kentuckians approved of his approach, 53% to 37%. Asked if schools should have started the year with in-person learning, only 31% said yes and 62% said no.

The poll asked several questions about management of schools in the pandemic; 58% of adults said their local school district was doing a good job, while 27% said it wasn’t. Among those who have a child in the house the split was 60%-30%, and 51% said they did not think their child would be safe attending school in person, while 44% said they would.

Kentuckians were pandemic’s economic effects have made it hard for them to pay their bills; 43%. said they have had trouble with that and 52% said they had not. Half of those making under $50,000 a year reported trouble, as did 55% of those with a child in the home. “The problem is particularly acute among those living in urban areas, 55% of whom cited problems with bills,” Spectrum reported. “The number falls to 44% in rural areas and 33% in the suburbs.”

Other results of the poll included: 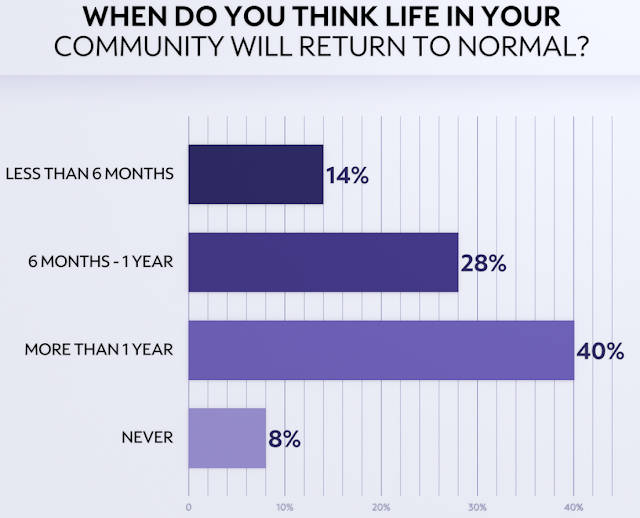