Kentucky is investing in efforts to prevent farmer suicide, including a program to teach people in farming communities how to recognize warning signs of suicide and how to head it off; expanding the state’s suicide-prevention call center; funding to collect more data; and an initiative that asks people to reach out to someone if they are feeling “down-and-out, lonesome or blue.”

Dale Dobson, farm and home safety program administrator with the state Department of Agriculture, told legislators at the Sept. 16 Tobacco Settlement Agreement Fund Oversight Committee about the “challenge coin initiative” that he said was instigated by youth who are part of the Dixie Ag Safety Team, located in the Hardin and LaRue counties.

The program involves a handshake, a coin and a pledge made by the person accepting the coin to reach out to someone if they are depressed or have suicidal ideation. Calling the coin an icebreaker, Dobson said he is training young people across the state to share these coins and its message.

Several lawmakers came forward to take the pledge. It was emotional at times, as Dobson shook their hands and said if they accepted the coin, then they would need to give him their word that if they ever felt “down-and-out, lonesome or blue” that they would find a friend or call somebody.

“This is your coin to keep, but not to take to your grave,” he said. “This is how we are going to save lives. One person at a time.”

Another initiative, led by the Southeast Center for Agricultural Health and Injury Prevention in partnership with the state, is a program to provide suicide-prevention training to a diverse group of community members who largely interact with farmers. The trained community members then go back into their communities and train others.

The training is called Agricultural Community QPR, which stands for “question, persuade, refer” and is designed to teach people how to recognize the warning signs of suicide, how to offer hope and how to get help for that person. The agricultural focus of the program involves information specific to the culture of farming as a way to help people understand the stressors unique to farmers and their families and provides customized resources.

University of Kentucky professor Joan Mazur, deputy director of the center, explained some of the many stressors that come with farming, many of them involving “the unpredictability of multiple factors.”

Mazur stressed how important it is for people who work with farmers’ finances, like those at Farm Credit, to take QPR training because they are often the first outsiders to know that a farm is in financial trouble.

The initial phase of the program supported the training for 17 trainers, who went on to train 415 others from last fall to March 2021, said Carolyn Oldham, who is director of continuing education for the Central Appalachian Regional Education and Research Center and works with Mazur. She said the trainings took place across the nation and in Kentucky.

More recently, she said state appropriations have allowed 40 more Kentuckians to get trained and that this cohort has already initiated 300 more trainings. “And they are just getting started, she said.

In addition to the trainings, the latest state appropriations will be used to train more QPR trainers and to develop a peer-to-peer mobile app for farmers, said Mazur.

Kentucky appropriated $500,000 in each of the last two budgets from its Tobacco Settlement Fund for a mental-health and suicide prevention program aimed at farmers.

Mazur praised the support of the agriculture department and the General Assembly. “Not every state enjoys this kind of support from state offices and state legislature,” she said. “So I think it’s unique and I think it’s very forward thinking and a real tribute to a legislature that understands they are representing a largely rural state.”

Dave Morris, the deputy executive director of marketing for the department, told the oversight committee that the state has received a $500,000 grant from the U.S. Department of Agriculture that will be used to supplement the initiative, called “Raising Hope.”

Cheryl Witt, assistant professor at the University of Louisville School of Nursing and the project manager for the pilot, told the lawmakers that the program had prioritized its areas of focus by applying a formula based on the number of farmers in a county, the suicide-attempt and suicide rate, resulting in 56 Kentucky counties being included in the pilot.

Oldham said that talking about suicide is not something most people are comfortable doing and said the QPR training helps with that, noting that a “Willingness to Intervene Survey” that is done both pre- and post-training found that individuals said they were twice as willing to intervene as a result of the program.

One of the many trainers is Kristie Guffey, an assistant professor and a graduate coordinator for the Hutson School of Agriculture at Murray State University.

Guffey said she was first asked to be part of this training to bring the program to the western part of the state, but it has since become something she is “called to do” after the March suicide of a “very prominent farmer” that she had known for more than 20 years and her families experience with a nephew who is a suicide survivor.

Guffey said she had received a “phenomenal” response from this grassroots effort from her trainees, many of whom said that before the training they thought they couldn’t talk to people about suicide because it might give them the idea to do so. She said  research has proven that this is not true.
“My message of hope is pretty much that I want individuals to take this seriously,” she said. “I want them to understand that they don’t have to be a licensed practitioner and they do not have to be a board certified counselor or anything like that, all they have to be is a concerned friend that wants to help them through a tough time and so everybody can do that.” 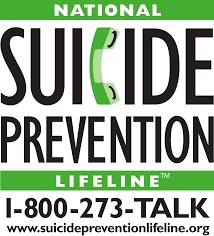 Knowing exactly how many farmers die by suicide is a challenge because farming is so dangerous and what may look like an accident could sometimes be a suicide, said Mazur.

A 2020 Morbidity and Mortality Weekly Report from the Centers for Disease Control and Prevention looked at 2016 suicide rates by industry and occupation in 32 states and found that the suicide rate among male farmers and ranchers was 43.2 per 100,000, compared to 27.4 per 100,000 among working-age men in all occupations.

In an effort to collect better data, when a person calls the suicide prevention hotline in Kentucky, which is a national hotline but is answered by someone in Kentucky, they are asked if they are a farmer or a member of a farm family.
Witt added that the state pilot increased the call centers capacity, which has seen an 8% increase in calls from January 2019 to June 21. Further, she said the pilot has funded a data-collecting system that allows it to obtain weekly data from hospitals on rural suicide attempts at both a state and county level and in working with its partners has been able to “clean up” existing data.
“And that results in more accurate information for our statewide database,” she said. “And Kentucky is also one of the,  amongst the very few states in our nation utilizing this data for behavioral health.”
Suicide is the 11th leading cause of death in Kentucky, with an average of one person dying by suicide every 11 hours in the state, according to the American Foundation for Suicide Prevention.
Kentucky is home to about 76,000 farms, and most are small. The average farm in Kentucky has 171 acres, much smaller than the national average of 444 acres. In Kentucky, the industry is dominated by small family farms and about 50,000, or two-thirds, have annual sales of less than $10,000.
To get involved with the Agriculture Community QPR program, go to www.uky.edu/scahip or reach out via e-mail to Oldham at carolynoldham@uky.edu or Mazur at jmazur@uky.edu.
National Farm Safety and Health Week is Sept. 19 through Sept. 25. Click here for a list of daily AgriSafe webinars, including one Wednesday, Sept. 22 at 1 p.m. Eastern Daylight Time (all times on the graphic are Central Daylight Time) titled “Developing and Implementing a Pilot Agricultural Community Suicide Prevention Program for Farmers and Farm Families.”
The Southeast Center has created a video for the National Center for Ag Safety’s Farmer Health and Safety Week that features the impact of the Agriculture Community QPR trainings.
If you or someone you know may be considering suicide, contact the National Suicide Prevention Lifeline at 1-800-273-8255.
Previous ArticleKentucky program, first of its kind in the nation, makes it less risky for employers to hire people with substance-use disorder
Next ArticleOnly 54% of state Corrections staff vaccinated against Covid-19, but state wary of mandate for fear of losing employees